Why Build a Gazebo

A gazebo can be free-standing or attached to a building. It is a backyard accessory that every homeowner would love to have. Many homeowners choose to build a gazebo in their house because of its aesthetics. A gazebo can make your home more beautiful than ever. It can beautify your home and make your property the focal point in your neighbourhood. No wonder many homeowners choose to build a square, round or oval-shaped gazebo in the backyard.

Some even chose to open the sides of their gazebo, while others who don’t want an open side installed a screen for extra protection against insects. Apart from adding to your home aesthetics, the gazebo can also add to your home’s value. Because it is aesthetically pleasing, a gazebo will increase the value of your property.

Homeowners who are considering selling their homes have built a gazebo to increase their home value. The gazebo is a structure that every potential buyer would love to have. Since outdoor living is increasingly popular, everyone will love a space where they can spend time outdoors—no wonder the gazebo is widely sought-after.

With a gazebo in your property, you will be able to command any price for potential buyers. Building a gazebo in your home will give a high return on interest. If you are looking forward to selling your home, the gazebo is a cost-effective project.

How to Choose a Gazebo 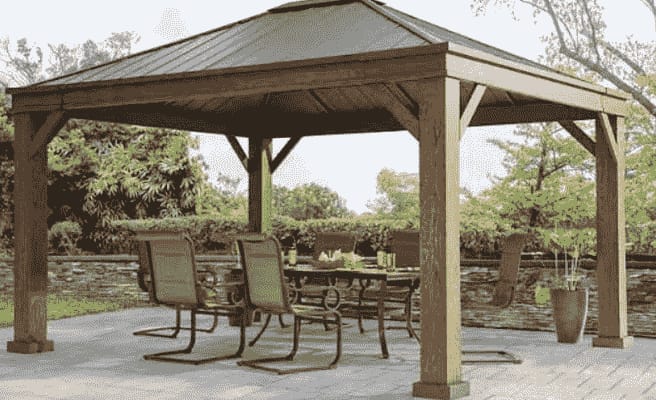 A permanent gazebo is a type of outdoor structure that you can use all year round despite the weather condition. They are suitable for use in winter and summer as they can withstand the elements like snow, wind, heat and rain.

If you’re considering building a gazebo, you should also consider the location you want to install it. Apart from the location, you need to consider your budget, the purpose and the size of the structure.

Homeowners can purchase a gazebo in kit form or choose to hire someone skilled to build it for them. If you’re thinking of building a gazebo, explore a variety of materials, styles and options.

Benefits of Building a Gazebo 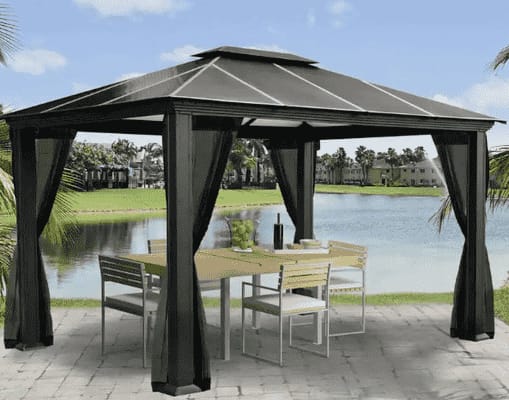 A gazebo can serve as a shade where you can unwind after a long day. You can enjoy a lot of privacy in a gazebo if you don’t want anyone to disturb you. It can shade you from the sun as well as rain. Using the gazebo as a shade is one of the benefits of building a gazebo.

A gazebo can also increase the value of your home. It improves your home aesthetic making your home attractive to potential buyers. A buyer will be willing to purchase a house with a beautiful yard. Building a gazebo is a good choice for homeowners who plan to sell their homes in the future.