Tips for Owning a Pop-up Gazebo

One of the tips for owning a pop-up gazebo is to buy a quality one. A quality pop-up gazebo will have a prolonged lifespan. Quality gazebos tend to last for a long period when compared to low quality. You can use a quality gazebo for more than ten years if you maintain it properly. A cheap pop-up canopy will only last for about two to three years of use.

The materials used in making the cheaper pop-up gazebo are substandard materials that are prone to early damages. If you want to enjoy using your pop-up gazebo, purchase a quality one that will withstand the climate conditions. Quality canopies are cost-effective outdoor shade that has a longer lifespan. A heavy-duty pop-up gazebo is an example of a quality shade. It can last for a longer period because it’s durable.

Assemble it With Care

Another tip for owning a pop-up gazebo is to assemble it carefully. Putting up a pop-up gazebo is an easy task, but you must handle it with care. Do not rush while you are putting up the gazebo. Avoid pulling the gazebo frame forcefully to prevent it from breaking. Ensure you take your time while putting it up to avoid damaging any of its parts.

Also, while putting down your pop-up gazebo, you should do it with care. Taking time to Assemble and disassemble your marquee will make it last longer. In addition if your pop-up gazebo is of a bigger size, ask for help when putting it up. It is a good tip for owning a pop-up gazebo.

Take Your Pop-Up Gazebo Down in Adverse Weather

Pop up gazebos are good for seasonal or occasional use. The makers design the pop-up gazebo for temporary use. Their framework is not strong enough to withstand adverse weather conditions. They are more suitable for use in summer when the weather is favourable. 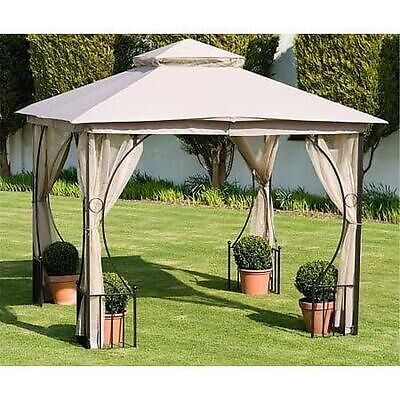 The tips for owning a pop-up gazebo are not limited to one. Avoid using a pop-up gazebo in adverse weather conditions. Gazebo owners should also ensure to secure their gazebo while in use and avoid storing it in a moist environment.