The Pop-up gazebo is a versatile structure; you can use it for various purposes. If you have a marquee, you can use it in tradeshows to sell your merchandise and promote your business. You can also use it to hold a garden party and entertain your guests. Pop-up gazebos are also good for homeowners who don’t want to build a permanent gazebo. Some homeowners use the gazebo as a shade for their outdoor hot tub and an outdoor dining area.

Tips for Maintaining a Pop-up Gazebo 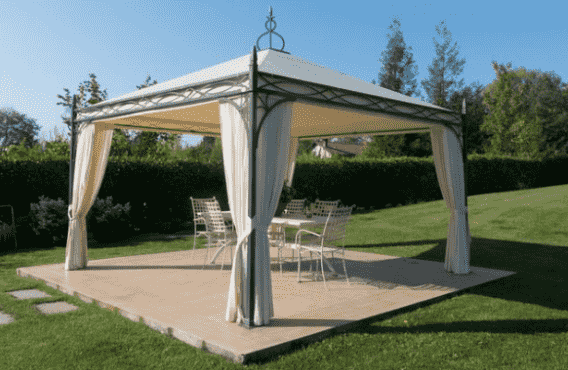 To begin with, waterproofing your canvas is an ideal way of maintaining a pop-up gazebo. Some marque roofs are either made from canvas or polyester. Canvas roofs protect against rain and sun. Polyester roofs also provide protection from the rain but to some extent.

To maintain a pop-up gazebo roof, you need to waterproof it with silicone spray. You can waterproof your gazebo canopy by detaching the canvas from the frame. Then wash the canvas to remove dirt and dry it. Allow it to dry before you spray the silicone on it. Start by applying it on one side and dry it before applying it on the other side. After that, you can now reattach the canvas to its frame. Waterproofing the roof is one of the tips for maintaining a pop-up gazebo.

Assemble Your Pop-Up Gazebo With Care

Also, when not in use, you should disassemble the structure. Disassembling an instant canopy is the same as assembling it but in a reverse form. Put down your pop-up gazebo without rushing. Dissemble with care to prevent any of its parts from getting damaged.

Maintain a Pop-Up Gazebo by Securing It

Furthermore, you can also maintain a pop-up gazebo by securing it. Securing a pop-up gazebo is important. When you secure your marquee after putting it up, the wind will not be able to blow it away. Securing your gazebo will prevent the structure from damaging. More importantly, it will also prevent you and your loved ones from injury.

There are different ways you can secure a pop-up canopy. Exercise weight, concrete block, and tent weight bags are what you can use to hold down your structure. You can also use guy rope with pegs to secure your pop-up canopy. When you secure your canopy to the ground, the wind will not be able to lift it.