Why You Should Know How To Secure a Gazebo

Gazebos are outdoor structures that are exposed to the elements. Knowing how to secure a gazebo is important because the wind can throw it away. A pop-up gazebo is usually lightweight compared to a wood, metal, and vinyl gazebo. The light framework of the pop-up gazebo is why it can be thrown away by the wind if you don’t secure it.

The wind can cause damage to the gazebo framework. Apart from causing damage to your gazebo, the gazebo can also injure people around it. You can dissuade all these things from happening if you know how to secure a gazebo.

How to Secure a Gazebo 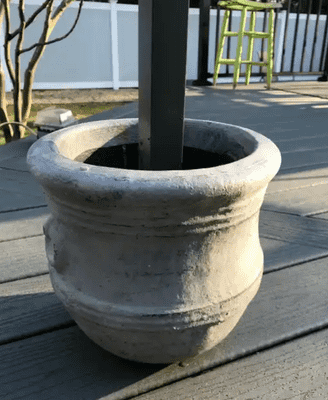 Another way you can secure your gazebo is by using tent weight. If you don’t know how to secure a gazebo, don’t worry, this method is very easy. Get four tent weights from your local store. The number of weight bags to get depends on how large your gazebo is.

Tie the Gazebo with Rope and Pegs

Drill the pegs into the ground, a few meters away from the gazebo. Then attach the ropes from the gazebo to the pegs. You should ensure that the ropes are tight enough for a stronger grip. Using ropes and pegs to secure a gazebo is suitable if you place the gazebo on a grass surface.

Knowing how to secure a gazebo is vital if you don’t want the wind to blow it away. Gazebo owners can secure their gazebo by using planters as well as tent weight bags. In addition, you can also use ropes and pegs to secure a gazebo.