What is a Gazebo?

The gazebo is an outdoor structure usually smaller than a building. You can build a gazebo with materials like bricks, stones, metal, wood, and vinyl. The gazebo can take a square or rectangular shape. It can also be circular or dome-shaped. Some people even choose to design their gazebo to look like an octagonal or hexagonal structure.

The gazebo is a perfect outdoor shade you can build in your garden or open space.  You can decide to make the gazebo independent by siting it in the centre of your garden or backyard. And if you don’t want it to stand alone, you can build the gazebo to lean on a wall. You can also allow it to lean on your house or other structures. The gazebo has sides that are not completely open. It is partially closed with a brick or lattice. 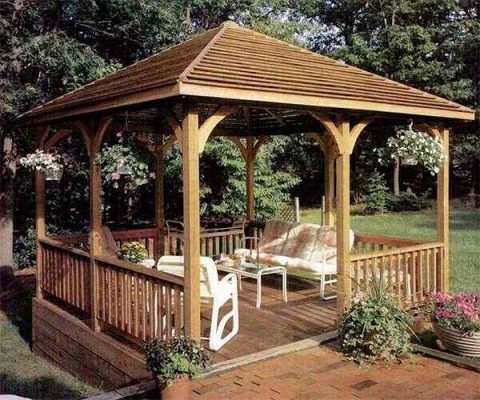 The gazebo is one of the best outdoor structures you can have on your lawn. However, it is sometimes mistaken as a pavilion. But there are differences between a gazebo and a pavilion. Let’s consider what a pavilion is.

What is a Pavilion? 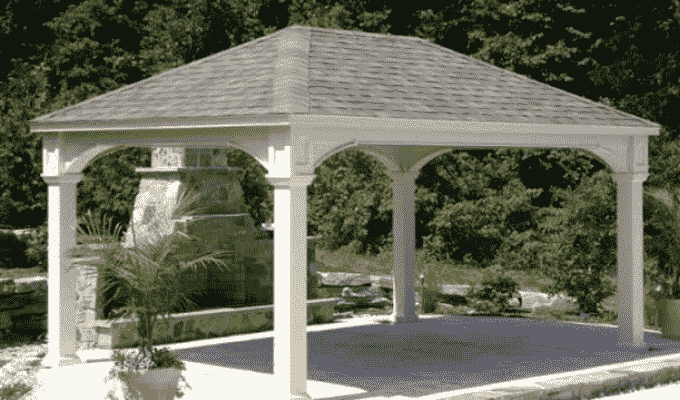 A pavilion is an outdoor structure like a gazebo. Although they look similar to each other, they differ. The pavilion is an outdoor structure with completely open sides. It has a minimum of four pillars. The number of pillars a pavilion can have depends on the size of the structure. Additionally, a pavilion also has a solid pitched roof that takes the look of an open book turned upside down. The roof looks like a pyramid or triangle, and it’s fully enclosed to shade you from sun and rain.

Differences Between a Gazebo And a Pavilion

The pavilion is usually larger than the gazebo.it is one of the differences between a gazebo and a pavilion.  When compared to a pavilion, a gazebo is smaller. It is part of the features you will notice in the two structures. A pavilion can contain many people, and you can use it to hold large receptions. The gazebo, on the other hand, has various sizes. The sizes range from smaller to larger sizes. Despite that, it is smaller in size when compared to a pavilion. 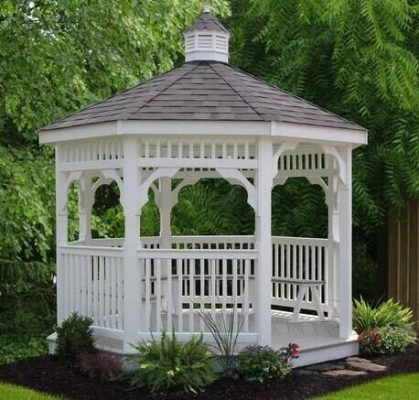 Apart from that, you can enclose the sides of your gazebo. You can choose to add a screen wall or window panel to the sides of the gazebo. A pavilion, on the other hand, can not be enclosed. Additionally, a gazebo can protect against the elements more than a pavilion. While a gazebo can shade you from rain and wind, a pavilion can only provide partial protection.

Lastly, you can tell the differences between a gazebo and a pavilion by its roof. A gazebo roof can be single or double tier. Apart from that, the gazebo roof can also be domed flat or slanted. While a pavilion, on the other hand, is usually characterised by a pitched roof.

The differences between a gazebo and a pavilion are the roof, sides, and size. A pavilion is usually larger than a gazebo and does not have a partially closed side. Additionally, the gazebo roof can take any shape while a pavilion is identified with a particular roof.